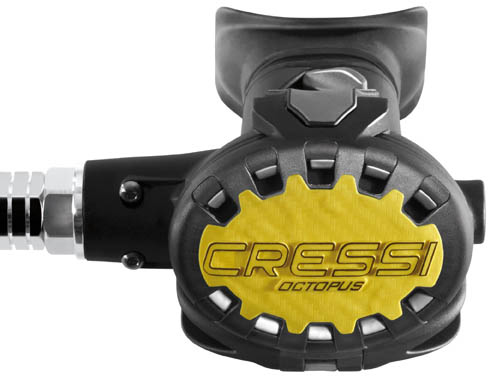 Octopus Ellipse uses the same casing as the Ellipse model made from special hi-tech polymers, the only difference being the yellow front cover.

The hose is also yellow and is longer (100 cm against the standard 76 cm).

All the parts of Ellipse, most of which are patented, can be found on this regulator: the fold-out opening of the casing, the special folding diaphragm, the computer designed lever, the tilting movement of the piston, the seal between regulator valve and casing, the possibility of extracting the entire valve system from the body of the 2nd stage.

A flow of pilot air is channelled to the mouthpiece by injection, enhancing the performance. The upper part of the body has a flow deviator that acts on the Venturi effect, with dive/pre-dive function.

The performance is extremely high, although the calibration is regulated so that the inhalation effort is slightly greater than on the Ellipse, to prevent any self-regulating possibility when it is used as a spare regulator.

Octopus Ellipse suits all the Cressi first stages perfectly and all the first stages with an intermediate pressure between 9 and 10 bar. 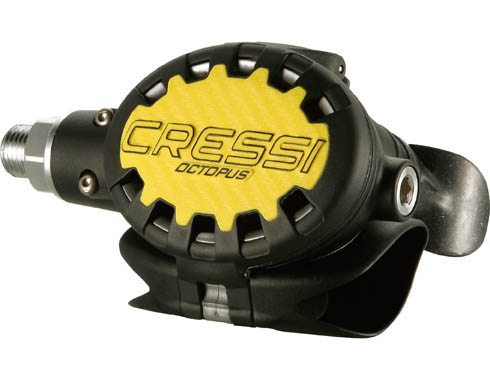